Contact Information - Please inform the school office immediately if your contact details change.  An update details form can be collected from the Front Office.

Sick Students - If a student becomes sick during the day they must go to the nurse and she will decide if a parent needs to be contacted to come and take the child home.

Some students decide for themselves that they need to go home sick and phone parents directly, asking to be collected.  This is unsatisfactory and makes it very difficult for the school to keep a track of students’ whereabouts during the day, which we must do for their health and safety, if they have left the premises without following the correct procedure.

We ask parents to assist us in having their child follow the correct procedures regarding sickness at school.

Lost Property - Please ensure that all property is clearly named.  Any property that is found will be handed to our Lost Property Office which is located between H1 & H2.  This Office is open from 1.30pm until 2pm each day.
-
Parking - Massey High School does not have designated visitor carparking.  Should you visit the school, during school hours, the only parking available is in the bus bay at the front of the BRPAC.  This area must however, be cleared by 2.00pm each day.  All visitors must report and sign in at the school office where they will be issued with a visitor’s badge. Visitors must make prior arrangements with classroom teachers. -

On Thursday, 8 July we took a group, that come together as a team for the first time, to the Secondary School Turbo Touch Nationals at the Trust Arena.

Our first game was a tough one!  We went down to Kaipara 7 – 1 with Max Carruthers scoring our only try.  We made a few adjustments for our second game, against Frazer High School and won 8 – 2 with Eniseli Havea scoring a double, Logan Wild scoring a double, L’amour Katoa-Hansen, Arthur Laban, Cheyne McQuarrie and DC Crichton bagging a single.

Our last round Robin game, we went up against a strong Howick College team who has been demolishing our pool and beat Kaipara College (team we lost to) 15 – 0.  We lost this round 4 -2 with Cheyne McQuarrie and Logan Wild scoring our tries.

All in all, we had a really good day, the students had fun and they represented the school like professional young athletes. 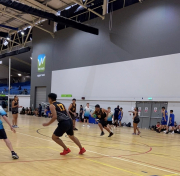 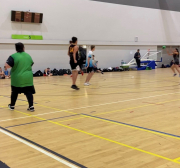 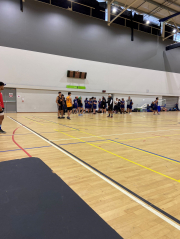 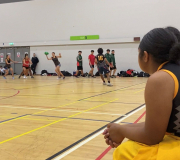 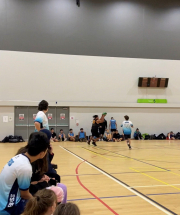